Isabelle Collin Dufresne, stage name Ultra Violet, French artist, author, and both a colleague of Andy Warhol, was born in 1935 in France. In 1954, after a meeting with Salvador Dalí, she became his muse, pupil, studio assistant, and lover in both Port Lligat, Spain, and in New York City. Later, she would recall, “I realized that I was ‘surreal’, which I never knew until I met Dalí.”

In 1963, Dalí introduced Ultraviolet to Andy Warhol, she became one of his muses in The Factory, and played multiple roles in over a dozen films between 1965 and 1974. In 1967 Ultra Violet played a part (with, among others, Taylor Mead) in the surrealistic play Desire Caught by the Tail by Pablo Picasso when it was set for the first time in France at a festival in Saint-Tropez. She would eventually appear in more than 20 films, not counting numerous documentaries made at The Factory.

Regarding her famous past and her artwork today, she has said, “People always want to know about the past, but I’m much more interested in tomorrow”. In 2011, she exhibited a series of artworks as her personal 9/11 memorial, which was displayed in the exhibit Memorial IX-XI at Queensborough Community College. 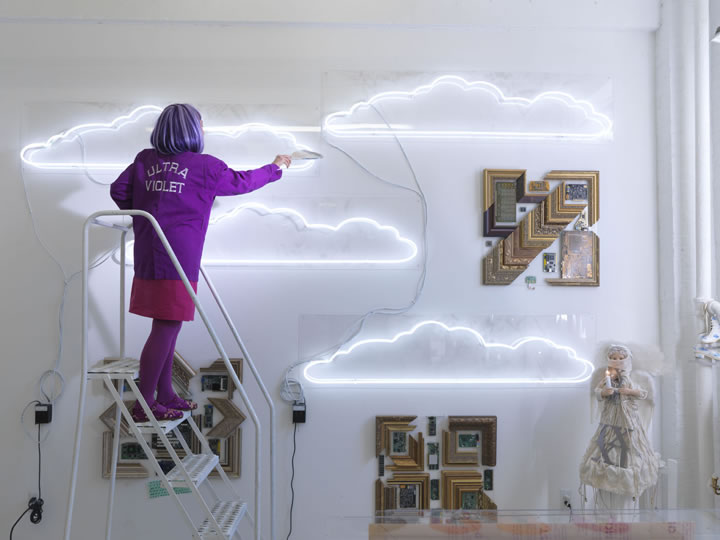