The five photographs of Andy Warhol (1928-1987) selected for this body of work were created by American photographer William John Kennedy (1930-) in the year of 1964. The negatives remained in storage for nearly half a century.

This Limited Edition portfolio, signed in the colophon by William John Kennedy, is comprised of four hand-printed gelatin silver photographs and one chromogenic print. It is assembled in a custom designed hand-made archival aluminum box, accompanied by 6 smaller archival aluminum boxes that include a Foreword, Introduction, and 5 Essays. The portfolio is produced by KIWI Arts Group in a 22” x 28” size exclusively created for The Andy Warhol Museum, and is limited to an edition of 50 with 5 artist proofs. 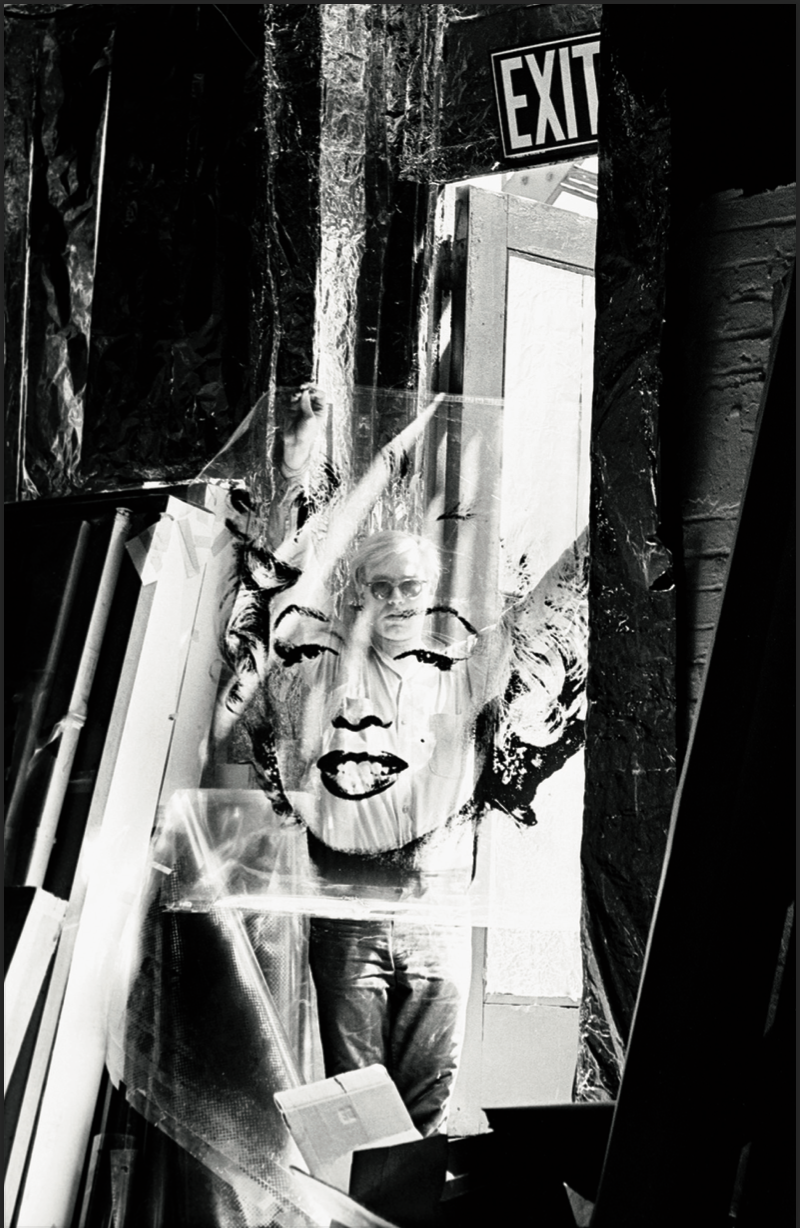 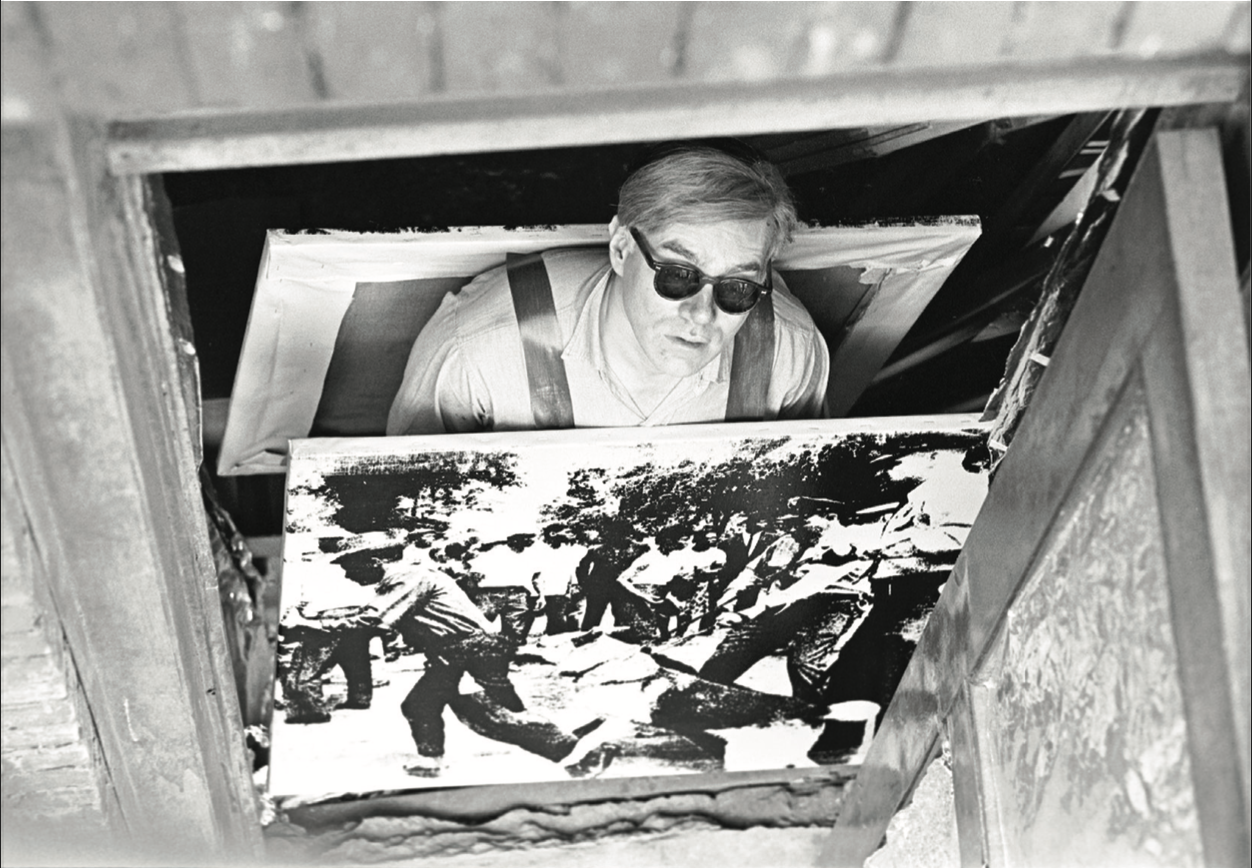 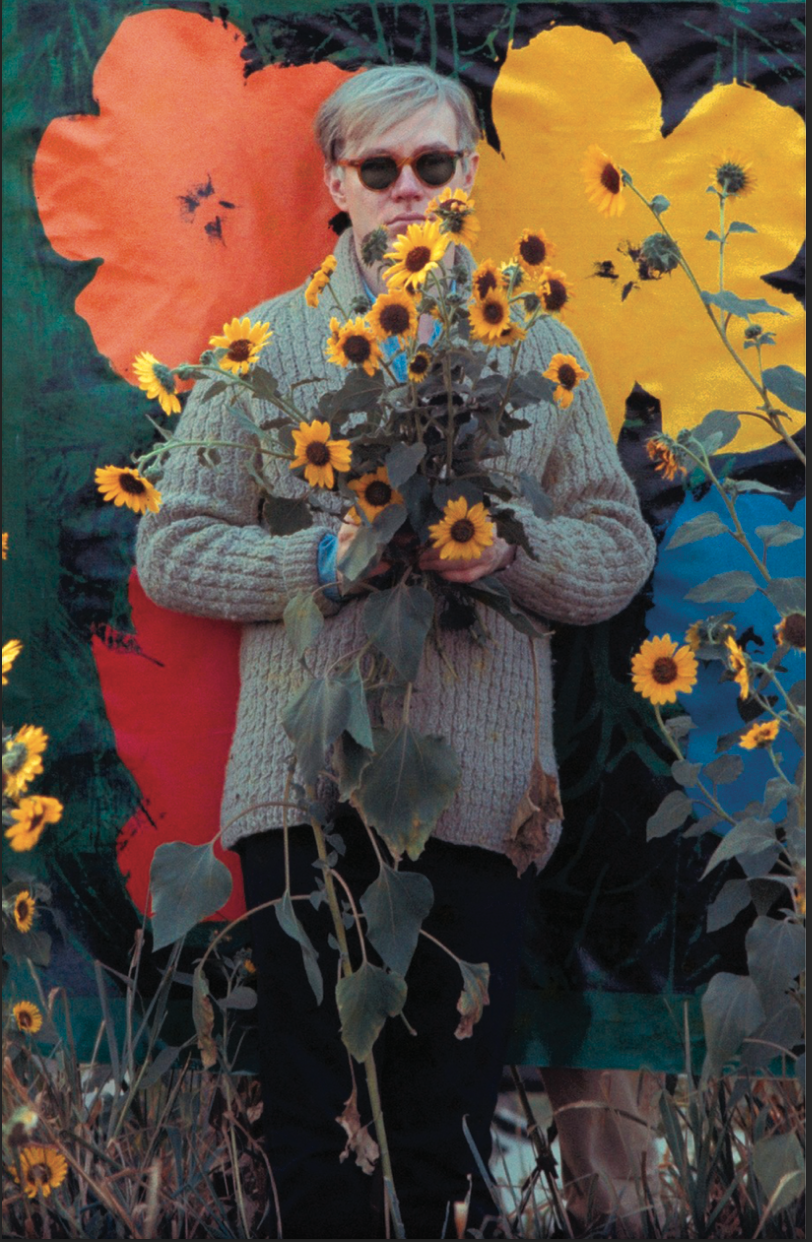 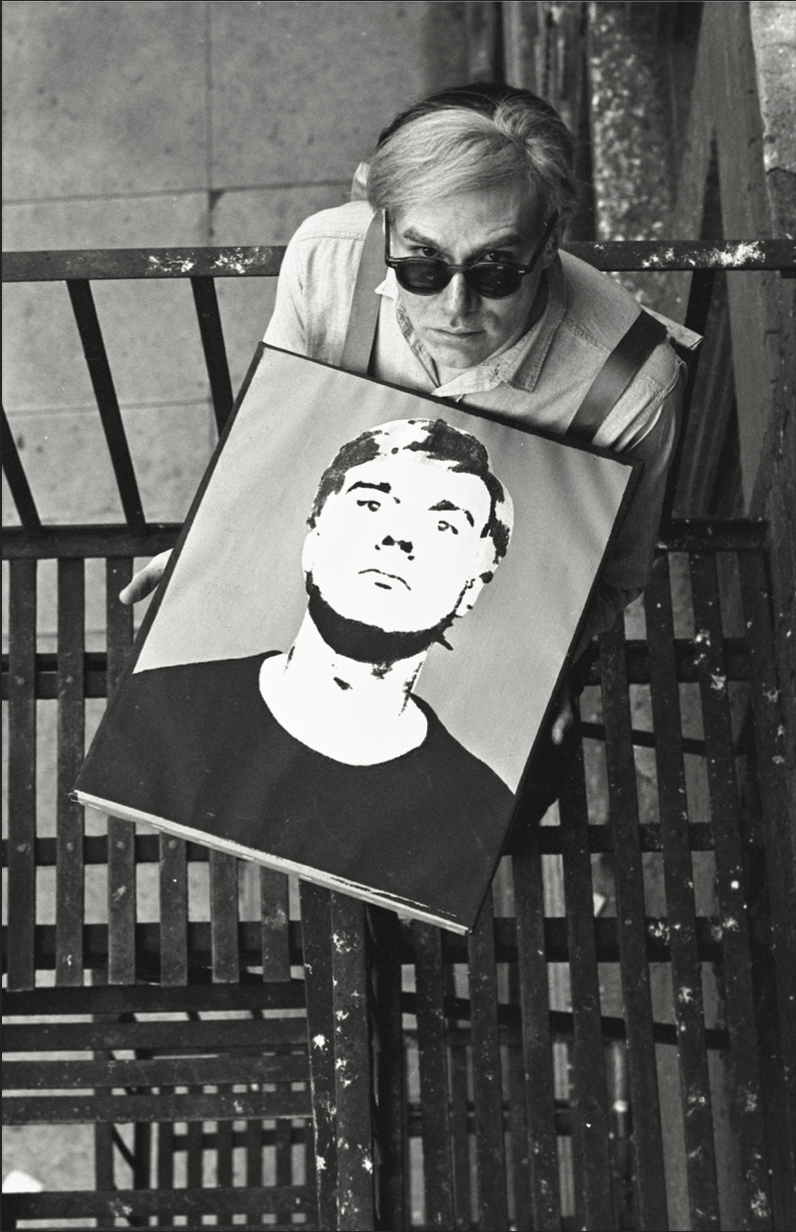 The reactions elicited by William John Kennedy’s remarkably intimate portraits of Andy Warhol are not entirely explained by their formal beauty or the innovative perspectives Kennedy uses. The true power of the images comes from Kennedy’s ability to capture, in an authentic way, both Andy as a private person and a very public artist. Much photographed but little understood on a personal level, Andy intentionally created a mask with his deadpan blankness, wig, and sunglasses. Kennedy’s insight was to reveal Andy by embedding Warhol in Warhol artworks. In each of the images included in this spectacular edition, Warhol is literally seen through his work.
In Self-Portrait and Race Riot, Warhol wears his work as a sandwich board, the traditional garb of a street hawker. In American Man, Warhol is seen in silhouette through a hole cut into a grid of photographs of the archetypical businessman, Watson Powell, with whom Andy shared a love of commerce but few other qualities. In Flowers, Warhol looks unusually comfortable and relaxed in a field of black-eyed Susans, behind which one of his Flower paintings has been casually hung. And in Marilyn, Warhol’s face can be seen, almost transcendent, lit by sunlight flooding into his studio, as he holds in front of him a huge acetate of Marilyn Monroe.
Kennedy knew intuitively that the only way to truly see Warhol was to see his art. In uniting Warhol the man with Warhol the artist, Kennedy has given us some of the most joyous and insightful images of Andy Warhol ever created. Remarkably, Kennedy kept his archive in storage for nearly 50 years. Now, The Andy Warhol Museum is delighted to be involved in bringing these images to a wider public.
By Eric C. Shiner, Director The Andy Warhol Museum

Andy Warhol’s Factory, the famous studio and gathering place that he established at the beginning of 1964, soon became the haunt of a remarkable roster of photographers. There is as a result an exceedingly rich visual record of its inhabitants and day-to-day life. Thanks to that record, the cast of charismatic characters that Warhol drew around him—Gerard Malanga, Billy Name, Taylor Mead, Edie Sedgwick, Ondine, Ultra Violet, Nico, and Viva, to name only a few—possess to this day the vivid presence of their youthful selves, as if no time had intervened.
It was unusual, however, for any photographer to draw Warhol into breaking with his regular routines: one typically sees him at work, on the telephone, or simply standing noncommittally alone or in a group. William John Kennedy was exceptional, however, in his ability to draw the artist into scenarios where he dropped his mask of feigned indifference long enough to reveal something of his personal investment and identification with the work.
In the previous year, Warhol had largely devoted himself to a series he called Death in America. His dealer at the time, Eleanor Ward of the Stable Gallery, declined to show them, despite his earlier show with her having been a considerable success. But police attacks on civil rights demonstrators, horrific car crashes, and electric chairs made for stark contrast with the film star portraits and consumer miscellany that had dominated the earlier show. Only Ileana Sonnabend proved willing to take them for an exhibition at her gallery in Paris, where a French audience more readily grasped Warhol’s corrosive portrayals of American mayhem, conflict, and social dysfunction.
Temporarily to transform two of his Race Riot canvases into a sandwich board, as he did for Kennedy’s camera, abruptly takes the work out of a neutralizing gallery context and returns the imagery to the sphere of public controversy from which it originated. When he draped a second sandwich board carrying his self-portrait over the top of the Race Riot, Kennedy posed him behind a fire escape railing, his photo booth likeness taking on the plain connotation of a jailed prisoner’s mug shot.
By Thomas Crow